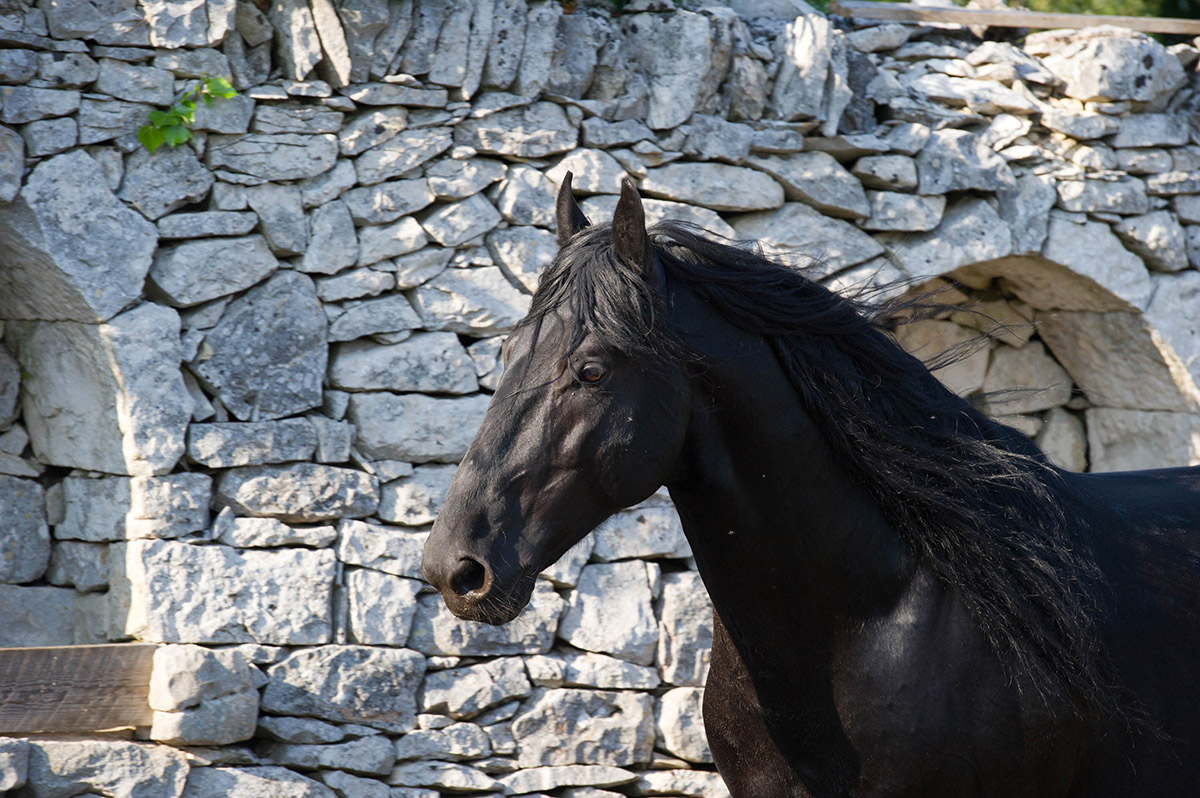 Puglia has always been considered the land of horses because of its pedoclimatic characteristics.

Particularly, the South Eastern Murgia where the area of trulli and caves is situated, halfway between the Adriatic Sea and Ioninan Sea, represent the perfect model of the features that make the Murgese horse unique: the rusticity, due to the hostile environment, and the solidness of the limb and the hoofs developed through steep paths over the typical karst stone.

The Murgese origins date back to the 13th century when the emperor Frederick II joined his passion for the steeds and the same Puglia by building one of the most beautiful and appreciated monuments of the world, Castel del Monte – masterwork of the medieval architecture – and ordered his squires to breed his war horses in the hostile habitat of the Murge so as to make their limbs and hoofs stronger.

The black coat, that becomes shiny and uniform under the sunlight, is one of the feature of the Murgese horse who is known also for his tranquility and strength that make these animals very versatile.

Indeed, currently the sale takes place not only for those who reproduce but also for those that have been trained and are increasingly requested. The saddle training ( in the picture below: the trainer FISE Franco Calisi seated on the stallion Nuoro) and training for attacks represent continuous discoveries of this breed that reveals unexpected abilities and make of the Murgese a horse good not only at trekking, country riding and training for attack but also at equine therapy, dressage and equitation school.